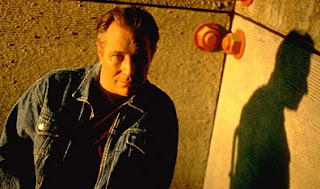 J.T. Walsh is easily one of the most talented actors of the 20th Century. If there were an academy award given in lifetime achievement for Creepiest Mutha in a Supporting Role, Walsh would give Dennis Hopper and Christopher Walken a good run for their money. There are 72 entries for his work in the IMDB between his first film in 1982 and his death in 1998. That's quite a bit for a 16 year career. He did goofy, he did sinister. He did violent, he did conniving. He is positively brilliant as the husband with the hitman in Red Rock West. Talk about pure evil. And yet he also rocks as the anti-Santa villain in the under-rated remake of Miracle on 34Th Street. And as the stick-in-mud townsman in Pleasantville. And in A Few Good Men. And in pretty much everything else he did.

Dale said…
Another great pick of the day! Two, if you count your nose.
7:14 pm