Showing posts from June, 2008
Show All

June 26, 2008
1. I hate chain mail. My friend Marina forwarded me this stupid Chinese proverb thing promising exceptional luck. Or not. I didn't forward it. I mean, those things suck. 2. The next day, I got a call from the woman I was going to move in with...the woman who was moving out had changed her mind indefinitely. So no room for me. Two nights before I was due to move in. 3. I've had some promising conversations with an alum about job hunting, and her offer of help got postponed...she's swamped, and it's going to take at least two weeks, maybe more, before she can even speak to me. 4. My work project got kind of mucked up. Not horribly so, but enough to be frustrating. 5. So I tried to think what it could be. And I remembered the chain mail. So I forwarded it on. We'll see how it pans out. I've made 20 people hate me for sending them an email of good or bad luck, but I DID warn them not to open the attachment lest they unleash the jinky . 6. By the way, I think chainma
4 comments
Read more

June 19, 2008
I've been informed by several of my UK readers that they thought the photo image to the left was actually me as a child. Should you also be wondering this, let me clarify that that is not, in fact, me, but rather the image of Dawn Wiener from the classic dark comedy, Welcome to the Dollhouse . While I certainly had my geeky stages and often demonstrated a strong sense of misguided fashion, Dawn does not look like me on the outside...she only represents how I felt on the inside. If you are new to Melinda June, you can click on the label below for a visual tour of my youth.
4 comments
Read more

June 18, 2008
1. When I got on the train, I sat by two East African Muslim women wearing burgandy-ish jilbabs that clashed with the hennaed orange tips of their fingers. One of them had a nubbin on her thumb that kind of looked like a tiny little extra thumb. It freaked me out a little bit. 2. A woman sitting across from me had the shiniest, whitest Chiclet teeth ever. And though she appeared to be in her twenties, I think they were actually ill-fitting plates because she couldn't seem to get her lips over them to stop the creepy smile. 3. At King's Cross, there was a family that took gender-specific coloration very seriously. The Mom and her two daughters were dressed entirely in pink and had pink roller luggage, the dad and the son were in blue with matching blue duffel bags. They were standing next to a kid dressed in beige. I've read Middlesex . It made me wonder. 4. I saw a short bald man on the tube with a massive bloody bandage on the back of his head. He was acting like it was an
7 comments
Read more

June 16, 2008
1. Rather than go to the store to buy polish remover, I chose to gnaw the chipped polish off my nails last night. I disgust me. On the plus side, I won't have to pack and move the bottle of polish remover, so that's a plus. 2. Why is it so easy to get spinach in your teeth? 3. Today I saw a couple at Euston station wearing two of the ugliest plaid jackets ever. I mean abysmally ugly. Criminally ugly. And I can't help but wonder how that happened? Let's just imagine for a moment that you and I were travelling together, and when I came out of the shower you were putting on a nasty check plaid jacket that's so busy it sends a normal human eye into spasms. I would go one of two ways: 1) Tell you that your jacket was a crime against humanity and you'd best take it off, lest I start burning it whilst you were still in it, or 2) Decide to let you learn your own lesson through ridicule and public shaming, and then I'd put on something simple and unobtrusive to mu
2 comments
Read more

June 15, 2008
1. I'm shocked and horrified by the flooding in Iowa. First, my hometown had crazy high waters, and though there was some damage and quiet a few tense moments, the community banded together to help and they are relatively unscathed in comparison to Cedar Rapids. Most of my extended family on my dad's side still live somewhere between Cedar Rapids and Iowa City and I've spent a lot of time down there throughout my life. It's hard to put words at how awful things are there right now. And it's unfathomable how much damage there is, and how long it's going to take to fix. Word has it that all of my family is safe, but living in a community that's been devastated by something like this is still scarring. I'm thinking about them a lot. 2. I'm also really bothered by some of the comments I've been reading on news stories. People have been jumping on stories about Tim Russert's death and making snide comments about his reporting and bias. On one of
2 comments
Read more

June 12, 2008
I'm really bummed that I couldn't have a few of you over for dinner, because you would have LOVED what I made. Coq au Riesling Cut up half a pound of bacon. Heat some olive oil in a casserole, toss in some minced garlic to flavour it, add the bacon and brown it crisp. Add a finely chopped leek and cook and stir a bit. Add some boneless/skinless chicken thighs cut in half with a knife (probably six or so) and some ripped up oyster mushrooms. Toss them around a bit more and let it brown slightly, but not really. Season with salt, pepper and a couple of bay leaves, add 3/4 a bottle of good Riesling wine and let is simmer for an hour. Add just a small tidge of single cream, and serve it on egg noodles with a bit of fresh dill chopped on top, plus a spinach salad with a citrusy dressing on the side. It is all melty and delicious, with no trace of alcohol in the flavour - if I can taste wine in a sauce it usually annoys me, and this...this was rich and succulent an
Post a Comment
Read more

Picked this up over at the Pug . Not only do I apparently look like Marni as well as Janeanne Garafalo, I look like several "celebrities", as well. I wonder if somewhere on some blog in the near future someone will resemble a "celebrity" that looks like me? OH! And who'd have guessed I look like Lionel Richie?
2 comments
Read more

June 12, 2008
1. I have fabulous new hair. It is a curly, vaguely shaggy chin-length inverted bob. And it is a lovely chocolate brown with sprigs of blond and vibrant red mixed in. Much, much better than the shaggy brown-and-grey mop I had a mere two weeks ago. I feel sassy. (Technically the hair is visible in the graduation photo below, but it didn't interact well with the hat so the photo doesn't do it justice.) 2. Coldplay has a new album out. I still hate them. I'm listening to the Current online and they're playing a song from it, and it's overly dramatic and cloying. Nice to know some things never change. 3. My housemate believes that even the deadest looking plants are capable of rebirth. Therefore I have two extremely dead, turning to dust plants in my immediate line of sight. Bless her optimism. 4. She left today on holiday, and I am house/dog sitting this week and feverishly packing for my move next Friday. Wolfie, the dog, is a delightful animal but he is a bit skitt
3 comments
Read more

June 11, 2008
I've been DYING to tell you all what I'm doing until the end of July...and now all can be revealed. I have the goofiest job ever. I am project directing this . The press, the promotion, the celebrities, the fundraising, the team interaction at my company, the branding and message...everything. It ROCKS. And if you're so inclined, show your love and spread the word...click on DONATE and sponsor us. But remember, US residents....you'd best mentally double whatever amount you enter before you click send, because it collects money in £££'s and your bank will when they debit it from your account.
3 comments
Read more

June 10, 2008
OOOOO. Don't vote for that Hussein Obama character! He's going to TAX you! (Insert old coot holler here, perhaps with a cane shake.) Listen up, Ole John. If you're going to call us tax and spend liberals who just love to take money from the pockets of hard-working Americans to feed and house lazyasses with too many children, then I'm going to call you a money-grubbing, selfish bastard with a cold black lump of coal for a soul who is only concerned about protecting your own wealth and that of your cronies. It's 2008, not 1988. Supply-side and trickle-down economics and name-calling are passe. Not to mention that there's no evidence they work. Furthermore, equating lowering taxes with creating jobs is risky in a culture where record profits and rising unemployment seem to be not just related but in some unholy marriage. Get a new plan and make a real argument.
1 comment
Read more 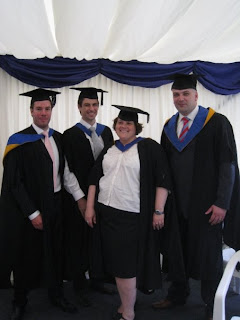 June 03, 2008
To all you HRC supporters, I'm really sorry for your loss. Politics is heady business. Even though you know it shouldn't be, it becomes very personal as you become more committed to a candidate, and every one of their successes or failures causes surges of powerful, heartfelt emotion. And worst of all, I know what it feels like to lose. To know deep in your heart that you were supporting a candidate who could change the world, but the rest of the nation was just too stupid to listen. You feel betrayed. You feel frustrated. Angry even. It hurts. But losing an election cycle is not a reason to become a moron. Something like 24% (more in some states) of you HRC supporters are vowing to support John McCain in a protest vote. Or to write in Hillary, Democratic party be damned, because your girl didn't win. And you don't care if Obama loses, because he's a pantywaist anyway. Seriously? I mean, seriously. You're willing to abandon your dreams of universal health
7 comments
Read more

June 02, 2008
The headline said that the designer of the Pringles can was recently buried in one. I had visions of a giant human-sized container made specially for him, and his embalmed body being put in feet first before being vacuum-sealed, capped with a snap on lid and buried. The actual story says he was cremated, and only part of him went in an actual Pringles can. Still cool, but not as cool as the original idea. Unless they coated the ashes with sour cream and onion seasoning. I wonder if he had a mustache?
1 comment
Read more
More posts