May 17, 2005
We left around noon Friday for Edinburgh. We had a couple of errands to run...a bigger photo chip for the camera, a coach ticket to the airport to be sure Ben had a seat...and then we hit the highway. We made it an hour up the road to Nottingham before stopping for lunch. Ben loves truck stops and I love general road-trip culture, so we decided to stay on the motorway and eat at the "services." All over the UK there is a roadside chain called the Little Chef. Their logo is this happy little guy holding up a plate of food. He looks not unlike Ben if he gained 50 pounds, put on some footie pajamas and a chef's hat, and grinned like a moron. It's kind of like a down-market Denny's. Here's what we had for lunch: 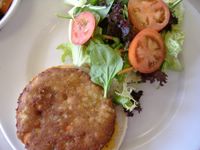 My Lunch - veggie burger and salad 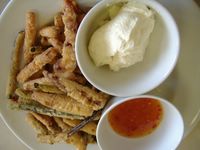 We continued north, first on the motorway and then on the A1. We passed Newcastle and then drove along the North Sea coast until we made Scotland. The views were beautiful. It took us about 7 hours in total, but we had a nice chat, listened to many cd's (thanks Tom), and found our hotel before dark.

I was tired and cranky so I sent Ben foraging for Chinese food. He returned triumphant, although he almost had to resort to speaking Mandarin at the restaurant since he couldn't understand a word the Scots were saying. We enjoyed a satisfying dinner of passable kung pao before hitting the hay.

I slept in, Ben wandered. Brought back coffee and muffins, and then we headed out for the castle. Made a stop for cash, and wound up the hill past some pretty great shops. 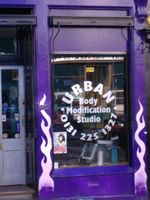 Edinburgh Castle sits on this craggy piece of rock and looms over the city. It's really quite amazing. 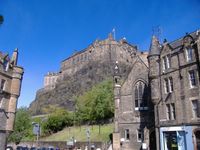 This picture is from our hotel side. On the other side, there's a giant expanse of park with lawns and amphitheatres and museums. It's quite the hub on a sunny day, let me tell you.

We waited in the queue for the castle and took a quick little guided tour before exploring on our own. This castle is MUCH easier to see than the one at Warwick. It just keeps winding up the hill, so you can walk instead of climbing endless dark twists of old stone steps that aren't wide enough for a modern foot. The guides are friendly and tell stories and jokes. There's something about the Scots...they're so good natured you laugh at the stupidest puns and obvious jokes, even though you know they're not that funny. We wandered through the state apartments and the chapel and the prisons (that held colonists during the Revolutionary War), through the War Memorial and past some actors in kilts. 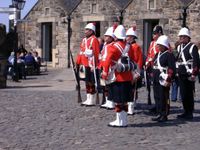 We just missed the cannon blast at 1 because we were still in the prisons. Made a last stop to enjoy the view and mourn the faithful, and moved out into the city for lunch. 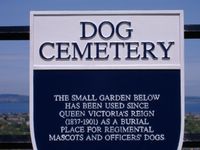 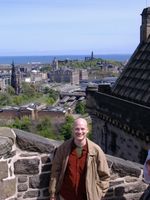 Bought sandwiches at a very crowded Marks and Spencer Simply Food and sat in the park for a quick bite. I was pretty knackered, what with my cold and all, so I went to the hotel and slept. Ben wandered.

Next morning we headed home, but took a quick bypass north to a giant suspension bridge across the firth (name escapes me now, and I don't feel like looking it up. I'll come back later.) Since Ben and I both have dads who love bridges, we felt it necessary to view this amazing work of art, and it was worth it. Very cool. (This is the artsy shot, Dad...more coming.) 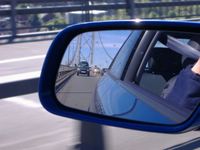 We did a little photo stop on the North side of the bridge, then drove back across and headed home. We took a different route, this time passing through the central part of Scotland. Saw many sheep. We laughed because the landscape actually looks like central California. Stopped by a really cool abbey (and have good pictures but am too lazy to load them in tonight,) and then hit the motorway in Newcastle.

My favorite public sculpture to date is in Newcastle. It's called the Angel of the North, and it's a giant iron angel that sits on a hill overlooking the city. I mean a GIANT iron angel. It's anchored 50m down into the hill with concrete and steel to be sure it doesn't fly away. It is positively magical. 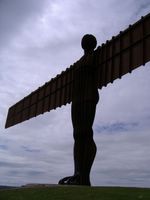 We pulled off the motorway to spend some quality time admiring its magnificence. Really, really cool. Oh. And I liked the ice cream truck stopped in the car park, so I took a picture of the menu for you. 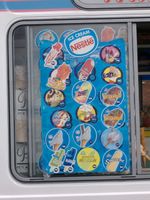 Got home by 7, ordered pizza and sat and jawed a bunch more before getting another good night's sleep to kick this cold in the butt. Feeling better today, so am hopeful that I am finally on the mend.

Have good weeks. Pictures from Oman next Tuesday.